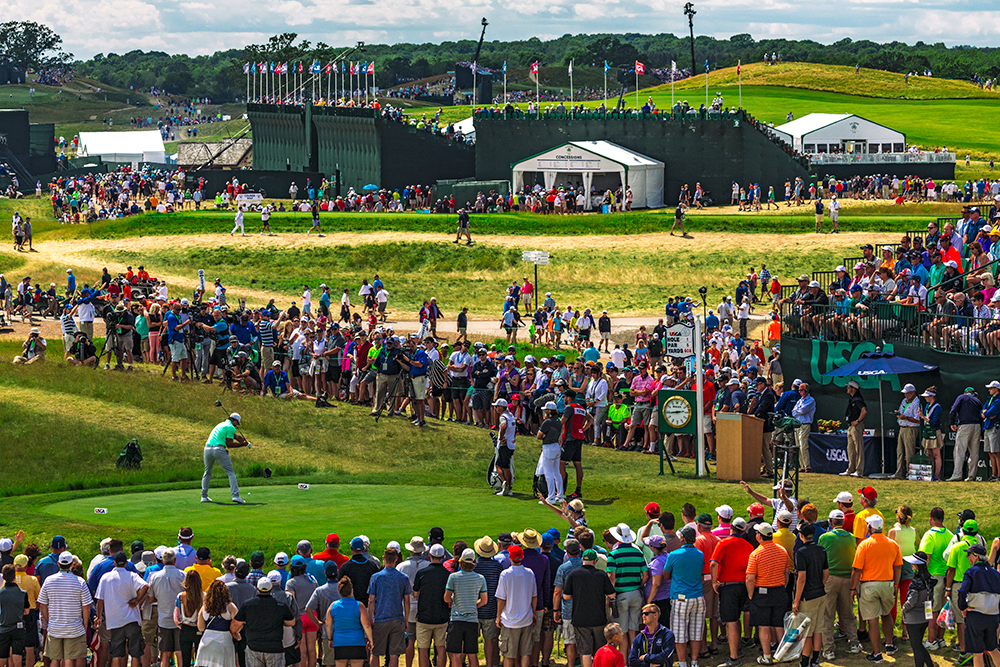 Do you want to “throw down” on some stuff that is rather unusual on this year’s U.S. Open? Well, there are definitely some things you will enjoy when you take a look at what they have available at America’s Bookie. Honestly, if you want to keep yourself busy, not just before the event, but before each round, you can do it, because there are plenty of head-to-head matchups where you can judge what kind of value you may have. And there is “Live Betting” that can keep you involved with action at a faster pace than these guys will be getting around the Erin Hills course itself. So don’t worry if you haven’t gotten your wager in ahead of time.

Obviously you can bet on the outright winner of the tournament, and there are plenty of major champions and big-time contenders to choose from. And you can have fun placing wagers on other things. For instance, you’ll have to lay a price if you believe that there is going to be a hole-in-one (-130); you’ll get 3/1 odds (+300) if there is a playoff for the championship. Hideki Matsuyama (pictured), one of the up-and-coming players in the world, who gets so much respect that he is +2000 to win the tournament, is even money to be the Asian with the highest finish. He’s won three times this “season” (which began in October), with two second-place finishes. But he has finished outside of the top ten in each of his last eight events.

Last year, Matsuyama tied for seventh at the Masters and fourth at the PGA Championship. He’s had three other top ten finishes in majors, and he was a T18 at that links course at Chambers Bay two years ago. But he missed the cut last year at Oakmont. But he is even money to post the best finish among all Asian players, with Byeong Hunan at +400 in the golf betting odds. So if you have some faith in him, you have a way to go.

There’s a hot competition to be the “Top Englishman,” with Justin Rose, a former U.S. Open champ, the favorite at +195. But there are some other prominent contenders here – Lee Westwood, one of the more consistent players on tour, who has never broken through and won a major, is +600, while Paul Casey sits at +500. Ross Fisher is a guy who might be on the verge of a breakthrough, and at +850 he may offer some value in this category. And Danny Willett, the former Masters champion, is +1550 in this U.S. Open prop.

Usually you would see a lot of Tiger Woods propositions on any major championship, but of course, Tiger is still recovering from his fourth back operation. And, well, you know about his other problems of late, which opens up the door for some creative props of another kind, doesn’t it? And Phil Mickelson won’t be around for this year’s Open – at least we don’t think so. As of Wednesday afternoon, he had still not officially withdrawn from the tournament, even though he was already committed to attend his daughter’s high school graduation on Thursday (the school will not change the date or time for the ceremony, in case you were wondering). The only way Mickelson could actually do both would be if there was some kind of weather delay, so maybe a longshot prop on whether he can pull double duty may have been in order!