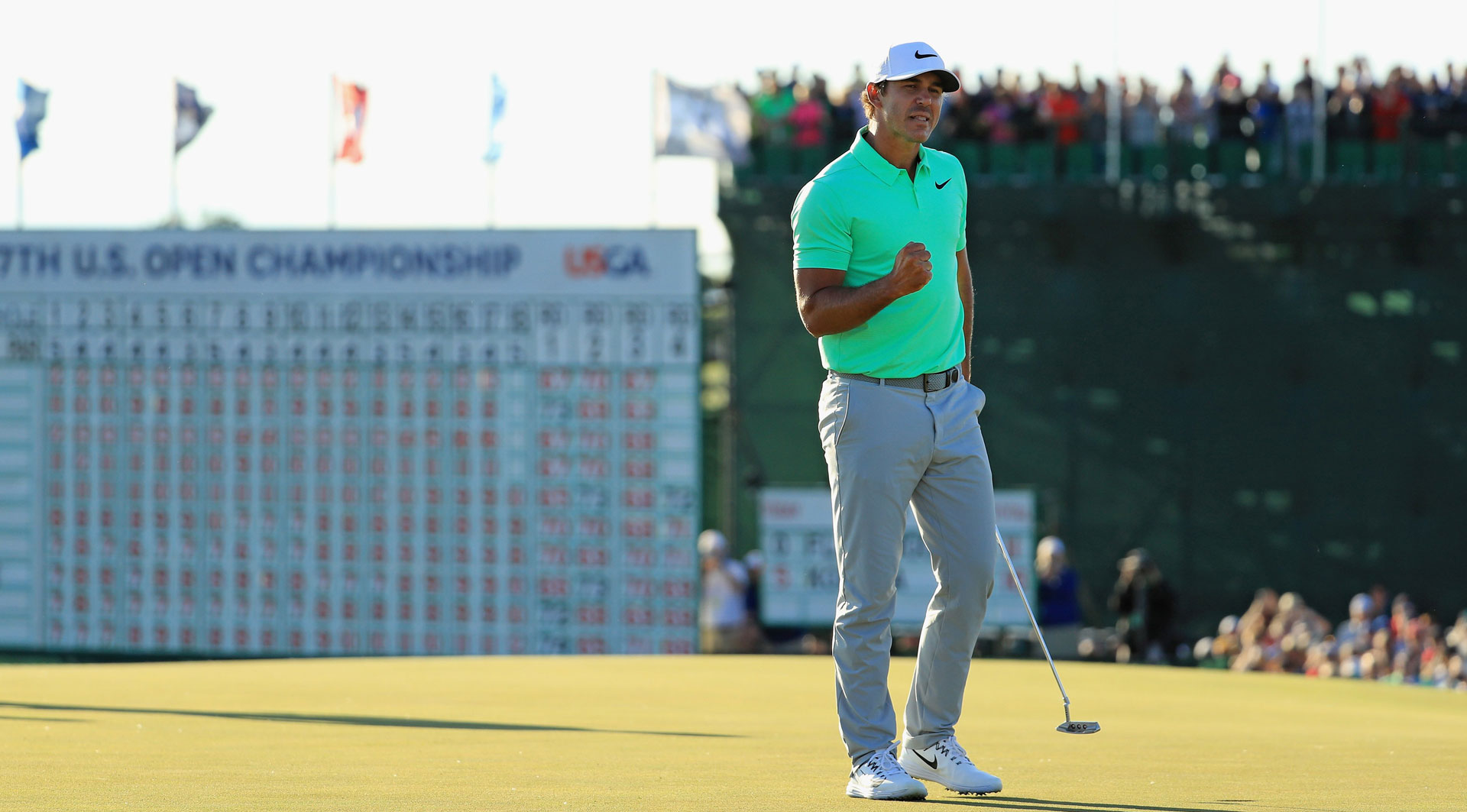 The U.S. Open is held this year at a venue that offers a challenge to those players who have a hard time finding their way on a links-type course. Erin Hills has been around a little over a decade, but it is sort of a “throwback” course, without cart paths and trees, for the most part. You’ve got difficult bunkers and a lot of rough, and it’s a Par 72, which is unusual for this event. Neither Tiger Woods nor Phil Mickelson will be on hand, and that is VERY unusual.

This venue has played host to the U.S. Amateur, but never a PGA Tour event. So nobody has really played here under “formal” circumstances.

The favorite, as it stands right now in golf betting at America’s Bookie, is Dustin Johnson, who is priced at +650 in the U.S. Open odds. He was the winner last year at Oakmont, but perhaps more important, for pruposes of our discussion, is that he tied for the runner-up spot two years ago at Chambers Bay, which is set up as a links course, with some similarity to what these guys will be facing this year.

The player who won that 20155 event, Jordan Spieth, is +1000, along with Rory McIlroy. Jason Day carries +900 (9/1) odds. Those guys are the cream of the crop. And you can bet them to win, naturally. But it’s a big field, and what might offer you more of a fighting chance is to take a look at the head-to-head matchups that are available in the user-friendly sportsbook interface.

Some of these head-to-head matchups are dead even, in effect. One example involves Rickie Fowler, who goes off in a pick’em (-110 either way) against Jon Rahm. What makes Fowler potentially formidable is that he is so good with the driver; he is one of the players who is least likely to find himself in “purgatory,” and he can hit it a long way as well. A past winner of the Players Championship who also won this year’s Honda Classic, Fowler had top-five finishes in all four majors in 2014, but that hasn’t happened since. In fact, he has missed the cut three times in his last nine majors.

If you are looking for a “glamour” matchup at America’s Bookie, it’s the one between the last two U.S. Open champs. In that one, Dustin Johnson is a -125 favorite over Spieth, who won this event when it was at Chambers Bay. Spieth has had seven top ten finishes this season, with a win at Pebble Beach, and he was tied for 11th at the Masters, but he has also missed the cut three times in his last seven events. Johnson is much more fo a hot hand; he has been in the top fifteen in nine of his last eleven tournaments, including three victories in a row – the Genesis Open, the WGC event in Mexico, and the WGC Match Play. He is coming off a missed cut at the Memorial, but he is a solid world #1.

You can wager on whether selected players will finish in the top five. For example, a player we kind of like – Louis Oosthuizen, the former British Open champ who was a T2 at Chambers Bay two years ago, is +800 to get there.