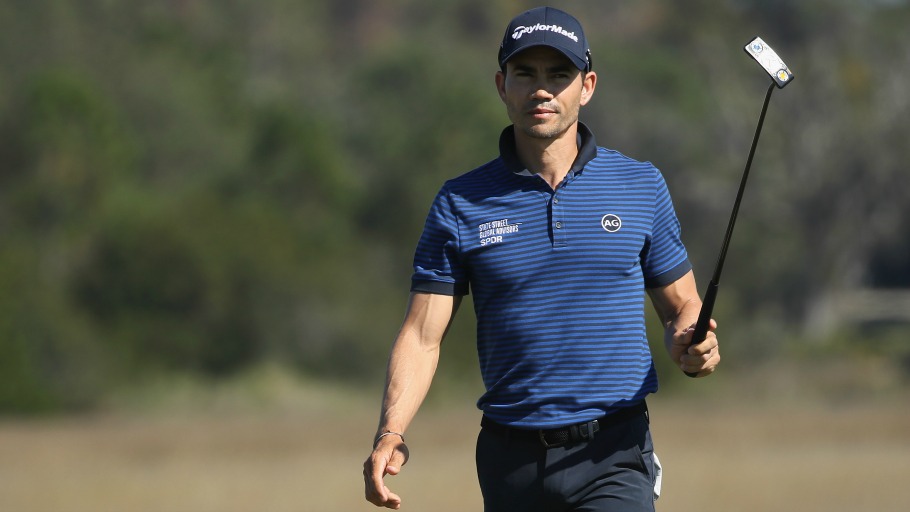 Justin Thomas has all the shots, including some that almost no other players have, according a couple of the people who have caddied for him. He also astounds people by how far he can drive the ball for someone who is only 5-10 and 145 pounds.

And golf bettors are probably going to be hearing this story over and over again over the next twelve months.

Thomas will be teeing it off at the CIMB Classic this week at the Kuala Lumpur Country Club in Malaysia, and although he is the defending champion in the event, the question as to when he was going to break out on the PGA Tour has not been “if,” but “when.”

Here’s one kid who was really born into the game. His grandfather and father have both been PGA professionals. And his dad is still his teacher. Justin is a budding golf superstar; he exploded in collegiate golf by making first-team All-America as a freshman at Alabama.And he was also named NCAA player of the year while leading the Crimson Tide to a national team title.

They’ve got something called the “Class of 2011,” which consists of PGA Tour pros who graduated from high school that year. That’s right, high school. Thomas is a member, but not the most accomplished. That distinction goes to Jordan Spieth, winner of two majors.

It also includes Emiliano Grillo (somewhat unofficially, since he didn’t go to high school in the states), who won the Web.com tour championship last year, then promptly stepped into his first PGA Tour even, the Frys.com Open (now known as the Safeway Open) and won it, not to mention Daniel Berger, the son of former standout tennis pro Jay Berger, who took a top ten finish in the Masters this year.

Thomas goes way back with Spieth, and they have had an interesting rivalry which appears not to have gotten in the way of their friendship. In 2007, when they were mere adolescents, they competed with each other in the Evian Junior Masters. And since Thomas won the event, he got to play in the subsequent Evian Master Pro-Am with LPGA legend Juli Inkster. And his caddy for the event? An eventual Masters and U.S. Open champion – name of Spieth.

A couple of years after that, he played in the Wyndham Championship and became the third youngest player ever to make the cut in a PGA event (just three months past his 16th birthday).

He hasn’t really turned back since.

Last year he burned the Kuala Lumpur course, shooting a record 61 in the second round, and then, to finish up his fourth straight round in the 60s, had enough to hold off former Masters champion Adam Scott to win by a stroke. This came after a horrible double bogey on the 14th hole, which was followed by three consecutive birdies. And it was also about five months after he became the first competitor at the Players Championship to put together ten birdies in a single round.

So he’s doing some heady stuff, and America’s Bookie golf bettors simply won’t be able to ignore him when it comes time for the next set of majors.

The CIMB is the first sanctioned PGA Tour event in Southeast Asia. The field has expanded over the years, but there are still only 78 players invited – 60 of them will come from the FedEx Cup standings, with ten more from the Asian Tour (it is an official event there too) and then the rest taken up by roster exemptions.

Thomas had a top ten result at the Safeway, but he is hardly the only guy coming into this event with a head of steam. Paul Casey has had four top-four finishes in a row, though he hasn’t won any of them. Brendan Steele just won at Silverado. Ryan Moore won this tournament for the previous TWO years before Thomas’ victory. He was a captain’s pick for the U.S. Ryder Cup team, and Patrick Reed, who joined him there, is part of this field too. Sergio Garcia and Vijay Singh bring some additional veteran presence. Then, of course, there is Scott, who is the #6 player in the Official World Golf Ranking. So don’t expect that Thomas will be the favorite in the golf odds.

This tournament should end up being more satisfying than the Safeway, where we got teased about the return of Tiger Woods and came away, well, a little empty.