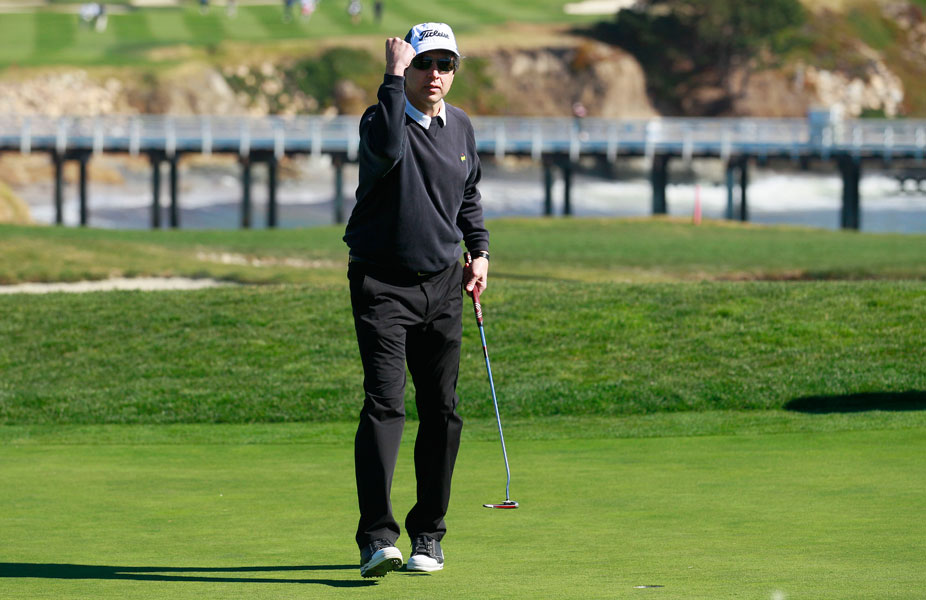 One of the emerging and popular ways in which golf wagers can be made is through head-to-head matchups. What these propositions put in front of the America’s Bookie customer is a question as to which golfer will finish ahead of another in any given tournament, or even any single round. There is a certain attractiveness to this kind of wager, because of the ability to isolate two players, rather than handicap an entire field. This offers the chance to evaluate the strengths and weaknesses of the two players, factoring in their recent results, or even their history on a particular course. These things will loom important, and in fact MUST loom important, because this is not a one-on-one competition on the golf course, per se, since the players are not going up against each other unless it is a match play competition.

The way you will see this presented in a sports book may be under the category of “Matchups,” and the model may look as simple as this:

US Open – First Round

Of course, what this means is that Tiger Woods is a favorite to have a better first round score in the US Open than Phil Mickelson. To win one dollar on this proposition with Woods, you would have to wager $1.40, because he is the favorite. A one dollar wager on the underdog, Mickelson, would bring back $1.20 in profit. As we mentioned, you could see a model like this representing any of the four rounds of the tournament, or the entire tournament itself. No other players are involved; you are betting on one or the other to have the better score, and if there is a tie between the two, no money is exchanged. Usually, top players are put into these matchups, and they don’t have to be in the same pairing. It would be way too expansive to have EVERY player involved, but as a general rule, sportsbooks will put players into these matchup propositions if they are somewhere on the leaderboard (of course, that applies if at least one round has been played).

People who are serious about golf betting will put considerable study into wagering on matchups, because there are a lot of statistics they can take into account, relative to the course the tournament is taking place on. As a general rule, the only tournaments that rotate between different courses are the PGA Championship, US Open and British Open. The others are usually played on the same course every year. So it is not that hard to get a handle on a player’s past performance on a particular course.

It is also not that difficult to get a complete statistical profile of a player. If you take a trip to the PGA Tour website, you can find just about any statistic you want, including driving distance, driving accuracy, total driving, putts per round, accuracy percentages on putts from different distances, greens in regulation, scrambling, sand saves, scoring average, and on and on. The enthusiastic golf bettor can put as much work into this pursuit as he or she wants.