Casey and Scott Among Favorites at CIMB 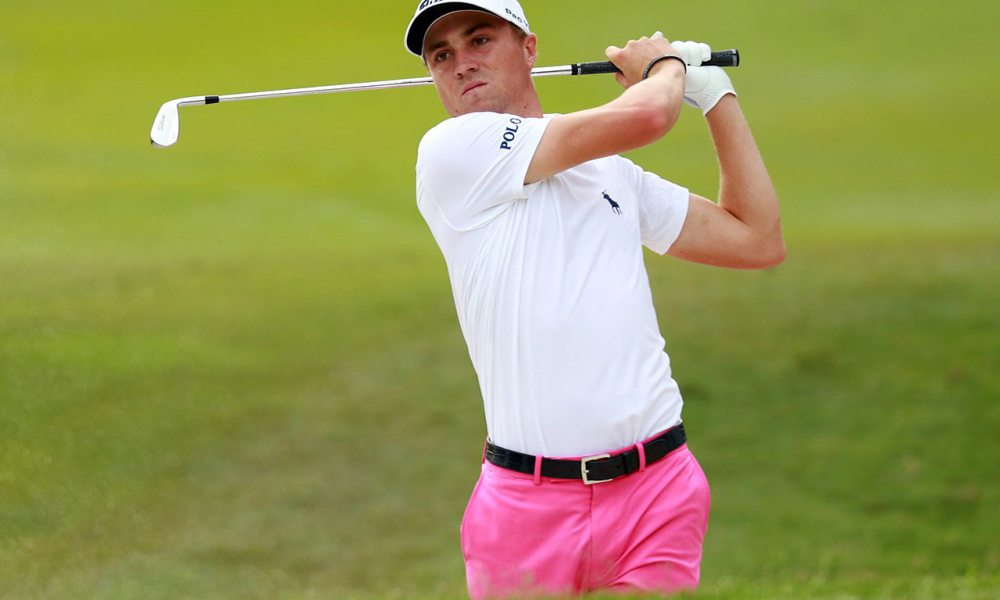 Looking at the golf betting odds, we see a tightly-bunched group at the top as the PGA Tour moves to Malaysia for the CIMB Classic, which begins Thursday on Golf Channel. Paul Casey, who has been wickedly consistent lately, is one of the co-favorites, along with Patrick Reed, Adam Scott and Hideki Matsuyama.

This takes place at TPC Kuala Lumpur. It’s the West course; the East course, which is the other half of this 36-hole property, has been home to an event on the LPGA Tour. And, well, it hasn’t been as challenging as most championship-level courses, to put it mildly. In fact, last year’s CIMB champion, Justin Thomas, shot a 26-under-par 262 to take home honors.

This is not a horrible field, with ten of the Top 30 world-ranked players ready to go, not to mention seven of the top thirteen golfers in the recently-completed FedEx Cup.

Thomas is priced at +1000 for a repeat, according to the PGA Tour odds posted by the people at America’s Bookie. And obviously he has to be afforded a good chance, considering his strong FedEx Cup results and his general rise in status as a tour player. But there are other young guns to look at as well. Matsuyama, only 24 years old and a former #1 world amateur, is coming off a victory in the Japan Open, and he also played well on this course last year, finishing in a tie for fifth place. In 2016, he has won the Phoenix Open and tied for fourth in the PGA Championship and 7th in the Masters.

He’s at +850, along with the three others. So who is bringing the biggest head of steam into this tournament? Well, maybe it’s Casey, who has finished second, second, fourth and tied for third in his last four events. The Englishman was tied for 4th at the Masters and had a T10 in the PGA. He has won only one PGA Tour event, but he’s also captured two Asian Tour titles (this tournament is jointly part of the PGA Tour and the Asian Tour) and 13 European Tour titles. He would have easily qualified for the Ryder Cup, except that he is not a member of the Euro Tour any longer, taking up residence in Arizona and concentrating on playing in the States.

Scott, a co-favorite as well, was, of course, the 2013 Masters champion, and this year won the Honda Classic and the Cadillac Championship, which is part of the World Gold Championships. He was second by a stroke to Thomas at the CIMB last year. Reed won The Barclays, part of the FedEx Cup playoffs, by a stroke over Emiliano Grillo (+2500 here), who was last year’s Web.com Tour champ. And he is also coming off that very big singles win over Rory McIlroy (who ultimately won the FedEx Cup) at the Ryder Cup a couple of weeks ago. He can’t be discounted.

In the next group of favorites are Thomas, the defending champ, along with Ryan Moore (+1000), who won the CIMB in both 2013 and 2014. Obviously he is a big fan of the surroundings. And of course, Moore was the last optional U.S. Ryder Cup pick from captain Davis Love III.

If you’re a believer in momentum, you would probably want to take a look at Brendan Steele, who just won the Safeway Open and is posted at +2500. He had an outstanding effort in Kuala Lumpur last year, finishing in a tie for third place.

Ian Poulter is making his return to competitive golf, having sat out since May with a injured foot. That kept him out of Ryder Cup activity, though he was named a vice-captain by Darren Clarke. The 40-year-old was ranked as high as #5 in the world at one time, but he’s got to play his way back into condition. He is priced at +8500 in golf betting, so it is apparent that oddsmakers aren’t expecting a whole lot out of him right now.

Maybe this isn’t a big surprise, but the recent winners of this event have been the ones who have seized opportunities to take advantage of the greens. And from that standpoint, Matsuyama would appear to be in good shape, as he one-putted 41.2% of his holes in 2016. Also, Moore finished 19th in Total Putting on the PGA Tour for the 2016 season.