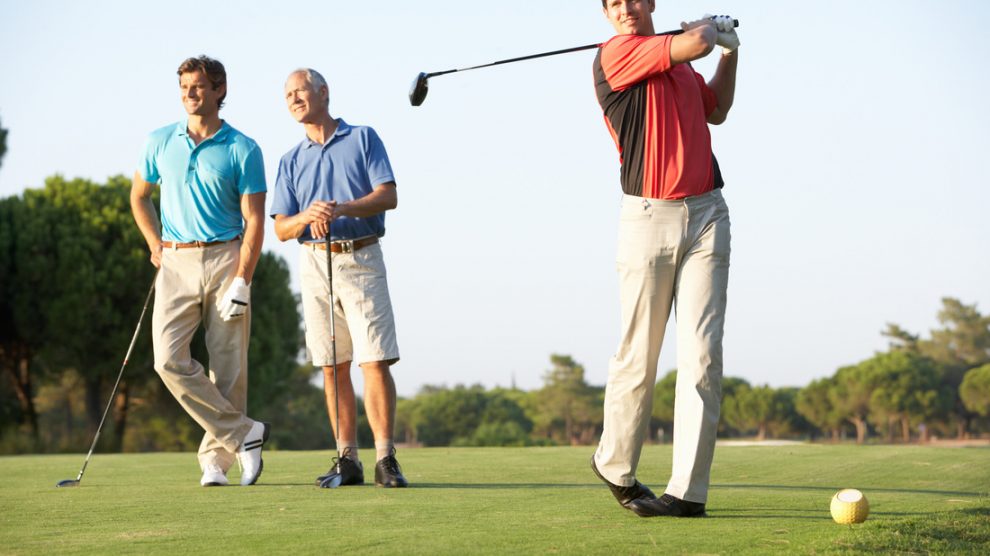 There are so many ways you can bet golf that if you have any interest in the game at all, it is downright implausible not to get involved. The most familiar, and simplest way, is to place a wager on who will win the tournament. It is simply a straight-up bet on one player. Since most of the fields in a PGA Tour event, for example, consist of 144 players, there are a lot of different possibilities to choose from. Of course, a sports book like America’s Bookie will not list all 144 players. Instead, they will put considerably fewer of them in the proposition itself, and then present what is called a “Field” option, in which all the players who are not listed are grouped together, with a price that will pay out if any of them win.

And that is not even close to the end of it. Depending on the tournament, and what the sportsbook chooses to do, you might be able to place a wager on whether a player will finish in the top three, top five or top 10. There maybe prices on who will make the cut, and who will not (keeping in mind that about half the players miss the cut after the first two days of play). Obviously when you see any proposition other than who is going to win the tournament outright, the odds are going to be lower, because there is more of a chance of that wager paying out. These odds can be “dynamic,” meaning that they can change after each of the first three rounds. Remember that in most tournaments – and this applies most of the time to the other tours as well – play begins on Thursday and ends on Sunday. So there are four rounds of action. Therefore, there can be four different sets of odds for just about everything you can wager on in golf. For example, it would not be at all unusual for there to be a different set of odds to win the tournament after, say, Friday, while at the same time prices are posted on who will have the best round on Saturday.

One thing that is very important to remember about golf wagering, when it comes to forecasting the winner, is that there can be a tremendous disparity with regard to the field of players that is involved with a non-major compared to a major, or one of a handful of other prestigious tournaments that might be contested. There could be a tournament in Memphis or Houston that does not draw nearly as deep or strong a field as you would see in, say, the Masters, or even one of the World Golf Championship events. And while we’re at it, we should tell you that the general consensus is that the field in the PGA Championship, is usually the strongest of the four majors, because all of the top pros qualify, and there is no amateur participation, whereas in a tournament like the Masters, which usually has less than 100 players, there are many slots that are reserved for amateurs and certain international players that don’t really have a chance to win. Astute golf bettors know that this factor, along with the characteristics of the course itself at Augusta National, which favors “long hitters,” severely limits the number of players who have a genuine chance to win.